Overseas
She was still standing in the doorway looking back. The house hadn't changed since he came into her life. And now she had to leave. The cottage was in an idyllic spot, but she had to go. He wanted it. She had to choose between her roots and her lover. Between staying here and a future, far away.

She looked back. In the cottage everything was still exactly as it was meant to be. She had a wood-burning oven to bake bread, she had a nice room with a couch, and there was the big bed, tht used to be heer parents'. And on the sideboard with the glassware was her showpiece. A white piece of earthenware, a bowl with a multicoloured floral relief, Southern European and sumptuous. Her showpiece. She knew, they were just things. But still, things that had always surrounded her, that, after the death of her parents, far too young, had given her life a bit of colour. And here they would stay. All of them. The ship that would carry them away had no place for trinkets. No place to take her life with her. No place for the past.

When the night swallowed up the island in the distance, she turned around. She looked into his eyes and she saw her future. And she knew she had to give herself with all her heart. To him and to her future. She straightened her back.

She was old now. Life had treated her kindly. It had given her a man with a kind heart, a daughter and two good sons, and enough to eat. She had a home and she was still healthy, although the years had not gone by unnoticed. And sometimes, just sometimes, she saw it. Her old house, dilapidated, but still her house. Spiders lived there now. And maybe a stray cat once in a while, looking for a place to make her nest.

That night she saw a man standing there. He was standing exactly where she had turned that day, long ago. He wasn't young anymore. When his eyes were accustomed to the twilight, he carefully walked in. The floors were infested with woodworm. But they could still bear the weight of decay. The sofa, once her pride, lay overturned in a corner. The fragments of her parents' bed. The cupboard with the glassware was still there, but the contents had decayed to shreds and mildew with the shelves. When he laid his hand on the bowl, still almost intact, the exuberant colours only slightly faded, he saw her. Just for a moment. An old woman on a distant shore, her eyes staring, searching. The bowl was beautiful for ugliness. When he took it with him, an old woman turned away. For the last time. She could sleep now. 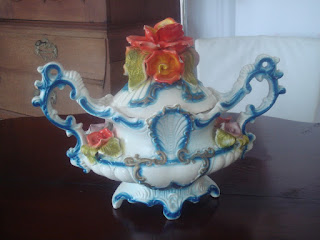 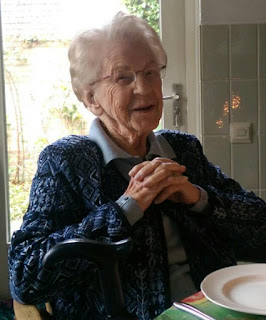 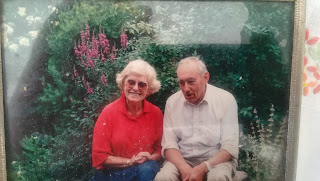 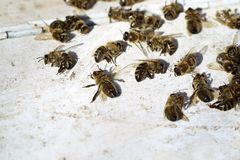 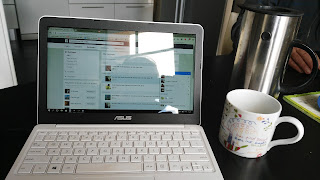 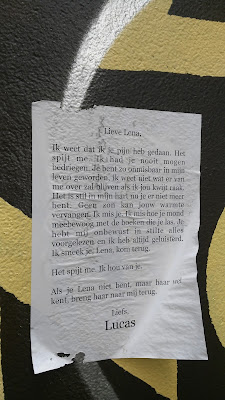